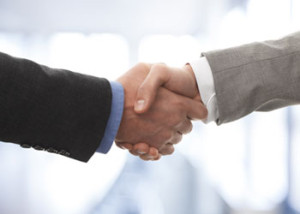 Carol F. Hay built her reputation representing regular people injured by other people, businesses and corporations. She has been successful in obtaining fair compensation through verdict and settlements.

For over 14 years Carol Hay has been dedicated to handling complex damage cases, including catastrophic personal injury and wrongful death cases arising from automobile, truck, medical negligence, products liability, store inadequate security, tourist injuries, slip and fall and aviation claims. Our team holds the highest legal, professional, and empathetic standards in their work with clients. If you are faced with an unfortunate and traumatic personal injury, wrongful death, or other catastrophic damage case, you will want to be able to depend on your personal injury attorney to provide the most thorough legal attention with full respect for the sensitive nature of the circumstances.

When other attorneys see a tough case and say no, Carol studies all angles and has helped injured people obtain fair compensation:

“A young child was riding with her mother when for some unexplained reason her mother lost consciousness and crossed over into the oncoming traffic lanes. From a distance, two tractor trailers were heading towards her, one behind the other. The first trucker was able to avoid the vehicle. The second trucker slammed into the car causing a fireball. The little girl was pulled from the burning vehicle. Her mother perished in the flames.”

Law firm after law firm rejected the case. Carol Hay studied the photos and police report, and personally went out to the scene in rural Nevada. Something kept bothering her. How was the first trucker able to avoid the vehicle but not the second? The answer became clear, the second trucker violated safety rules. He did not allow enough distance between the first truck and himself. By the time he saw the problem he had absolutely no time to respond and slammed into the disabled vehicle. Had he followed the safety rule of allowing proper distance, he would have more than likely been able to avoid the disabled vehicle. While her mother could never be replaced, Carol’s dedication brought this little girl a life without financial hardship so the focus could be on recovery from this tragic and catastrophic loss.